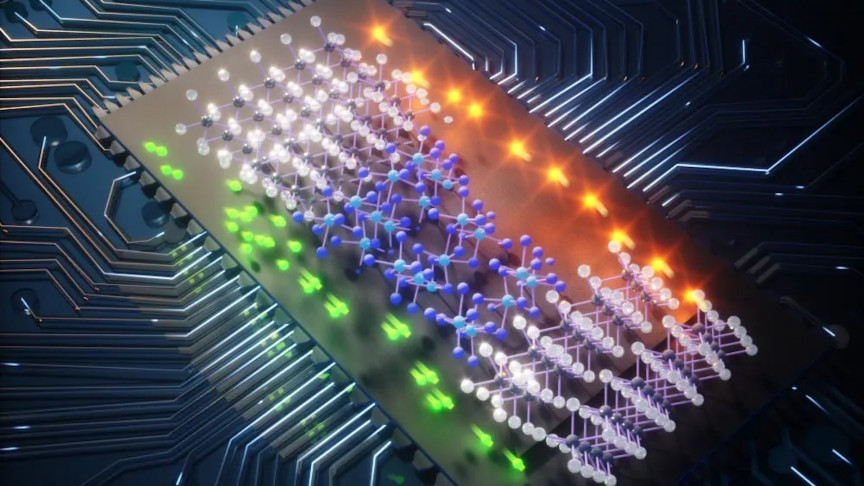 In a world-first, a team of researchers from TU Delft demonstrated a one-way superconductor with zero resistance that blocks any current coming in the opposite direction.

The discovery could enable massive energy savings while making computers up to 400 times faster, according to a report in SciTech Daily.

Associate professor Mazhar Ali and a team at TU Delft published their new research in the journal Nature, outlining how their work on superconducting diodes could vastly boost the field of computing.

Superconductors have the potential to make electronic devices hundreds of times faster at the same time as eliminating energy losses. However, magnetic fields have traditionally been required to prevent them from conducting in all directions, meaning they haven’t been practical for classical computing.

The TU Delft team has provided an alternative method for controlling the current direction in a superconductor without magnets. They used a novel quantum material developed by a material physics team at Johns Hopkins University called Nb3Br8. Similar to Graphene, the material is atomically thin. Crucially, this specific material is theorized to have its own electric dipole.

“The century of the superconductor”

The team created a so-called “Quantum Material Josephson Junctions” with two superconductors separated by a layer of Nb3Br8. “We were able to peel off just a couple atomic layers of this Nb3Br8 and make a very, very thin sandwich — just a few atomic layers thick — which was needed for making the Josephson diode, and was not possible with normal 3D materials,” Ali told SciTech Daily.

“Many technologies are based on old versions of JJ superconductors,” Ali continued. “For example, MRI technology. Also, quantum computing today is based on Josephson Junctions. Technology that was previously only possible using semiconductors can now potentially be made with superconductors using this building block. This includes faster computers, as in computers with up to terahertz speed, which is 300 to 400 times faster than the computers we are now using. This will influence all sorts of societal and technological applications. If the 20th century was the century of semiconductors, the 21st can become the century of the superconductor.”

The scientists built many different devices to test their JJ superconductor and found every time that it enabled a strong one-way current without the use of a magnetic field.

However, one obstacle the researchers need to overcome is the question of usability at room temperature. The tests so far have been run at extremely cold temperatures below 77 Kelvin (-196 °C, -321 °F). If the TU Delft team can figure out how to run the JJ superconductor at more normal temperatures  — something Ali says is possible with “known High Tc Superconductors” — then they will be much closer to the next step, which is to investigate whether it can be scaled for mass production.

The TU Delft researchers believe their superconductor would be best used in centralized server farms and supercomputers. They would help benefit the most considerable amount of people at the lowest cost. “The existing infrastructure could be adapted without too much cost to work with Josephson diode-based electronics,” Ali said. “There is a very real chance, if the challenges discussed in the other question are overcome, that this will revolutionize centralized and supercomputing!”