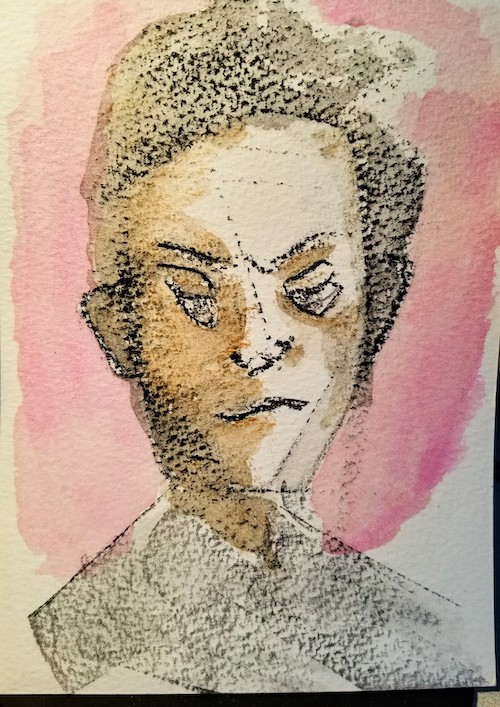 Once men turned their thinking over to machines in the hopes that this would set them free. But that only permitted other men with machines to enslave them.

COMPUTERS LOOM LARGE in Cold War science fiction. The world of Dune is an outlier. Indeed, it is the absence of such machines — of computers, robots, and artificial intelligences — that defines Herbert’s imagined universe. In the book’s prehistory, a violent uprising called the Butlerian Jihad overthrew sentient machines, and subsequently banned them in the Orange Catholic Bible, which declares “thou shalt not make a machine in the image of a human mind.” In Dune, the artificial intelligence central to so many imagined futures is, then, a relic of the past.

Instead, the Imperium is staffed by people made in the image of such machines. These human-computers, called Mentats, are trained from birth to wield a range of cognitive capacities — memory, processing, perception, calculation, and prediction — akin to those of computers, often enhanced by the addictive Juice of Sapho that gives Mentats their distinctive red-stained lips. The abolition of mind-like machinery created a huge power vacuum in the Imperium, which the Mentats, alongside the Bene Gesserit, the Guild Navigators, and others, seek to occupy, their humanness meant to guard against the inhuman excesses of the preceding era’s computation.

The idea of human-computers is a familiar one in history. Indeed, for most of its history, the word “computer” referred to a human rather than a machine. During the 19th century, mathematicians broke down complex calculations into series of simple arithmetic operations that could be completed by supposedly “low-skilled” human computers with little education. Hired in large groups by government and military agencies, these human computers — like Herbert’s Mentats — served the interests of science and state power. Modern digital computers were built to replace them during World War II when the urgency of decryption, ballistics trajectory calculations, and nuclear weapons development outpaced the capacities of even very large numbers of human computers.

Whereas machine computers were initially tasked with taking over the “menial” calculations of human computers, artificial intelligence research aimed to reproduce “higher” human cognitive faculties. In the 1960s, as Herbert was writing Dune, early artificial intelligence researchers were targeting not simple arithmetic but reason itself, and with it, decision-making, planning, and problem-solving, in the hopes of outsourcing a different form of cognitive work to a new labor force. These efforts, and their connections to American ambitions to control political, economic, and military outcomes around the Cold War world, were the background against which writers like Herbert imagined the rise of the machines and — in Herbert’s case — their fall.

At the heart of AI is a strange tension between hubris and low self-esteem. On the one hand, AI was made in the image of (white, educated, European) men, who often looked no further than themselves to define and model “intelligence,” enshrining their alleged capacities in powerful new technologies. On the other, AI researchers were skeptical of human minds and eager to avoid relying on them. In particular, they feared that the world was too complex for their unaided minds to comprehend, let alone control, and control was the fundamental ambition of the industrial, governmental, and defense establishments that funded and solicited this research. From 19th-century dreams of automating mental labor to avoid the cognitive inefficiencies of human minds to Cold War fears of human error in defense systems, the history of artificial intelligence ricochets between self-obsession and self-contempt. In Dune, Herbert imagines one route such tensions could take: in the novel’s prehistory, humans handed over far too much control to their computers, forcing them to wrest it back with violence. He was not alone in imagining such an endgame, but Dune was exceptional because he put the rise and fall in the book’s past and looked instead to questions of human capacity and potential in the aftermath of the digital computer’s apotheosis.

Mentats, in Herbert’s vision, rehumanize information-processing. They fill similar needs to those of Cold War computers: colonial expansion means occupation, extraction, and calculated violence, but with human correctives. Today, researchers seek to safeguard society from the biased, dehumanizing, and violent potential of artificial intelligence through a proliferating field called “AI Ethics,” which largely involves the mathematization of various social values like fairness and equality. However, these ethical frameworks have been found deeply lacking when it comes to actually preserving human freedom, agency, and self-determination in the face of automation. But Herbert did not reach for ethics in imagining this new iteration of human computers, but rather spirituality. Mentats are spiritual in the Dune universe, their power derived from similar training to that of the Bene Gesserit, partaking of spice and Juice of Sapho. This suggests that, for Herbert, calculation — so readily aligned with mechanical production in the 19th and 20th centuries — also belongs to the realm of spiritual ascension, which perhaps more than “ethics” guards against its potentially dehumanizing effects. Mentats are, then, invested in mathematics as a religious and spiritual practice in ways that hark back to how it was practiced in Europe before the emergence of algebra and mechanization. Mentats’ use of Juice of Sapho also conjures the influence of psychedelic drugs in the 1960s American imagination, and the belief that they may serve as technologies for expanding the human mind’s capacities, both in general and in science and mathematics in particular. As a spiritual practice, mathematics has historically been understood as being informed by intuition, imagination, and even revelation as much as by rule-bound reasoning and calculating, and Herbert thus seems to reclaim those dimensions of mathematical knowledge and power in Dune.

Mentats do not simply assert human agency and capacity in the face of proliferating automation and technology. Rather, like the slightly later figure of the “cyborg” — part human, part machine, thus “engineerable,” free of essentializing categories and their determinism, and able to remake itself — Mentats suggest that “human” is not a fixed category around which technologies come and go. Rather, humans and their technologies define each other, whether in the long history of human computers and machine learning, or in our own world of digital dependence when we’ve come to mimic our machines not intentionally but accidentally. In the Dune universe, despite their ostensible absence, the computers and artificial intelligences of Herbert’s time are in fact palpably present, intimately shaping power, imperial control, and the character of human potential.

Stephanie Dick is a historian of mathematics, computing, and artificial intelligence based at Simon Fraser University. She is co-editor, with Janet Abbate, of Abstractions and Embodiments: New Histories of Computing and Society that will be published by Johns Hopkins University Press in fall 2022.