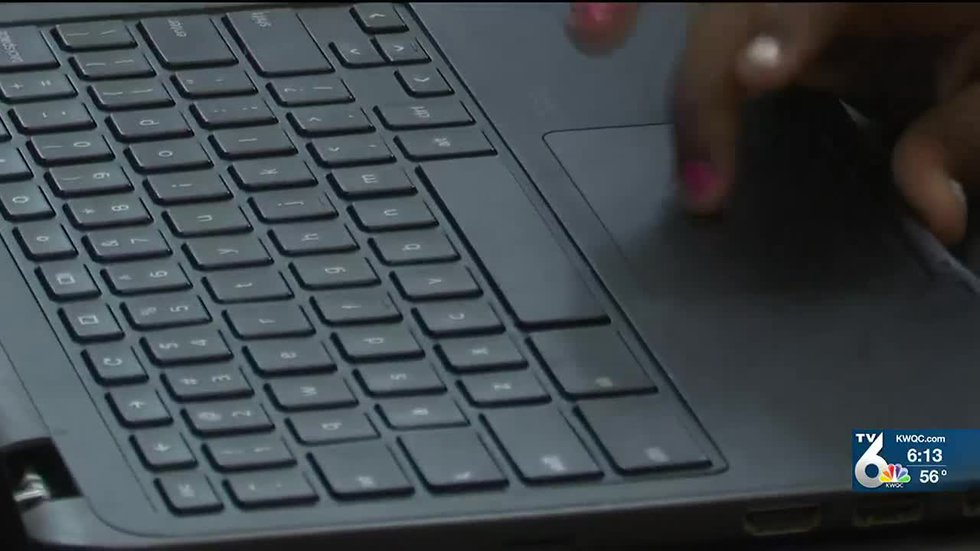 Rock Island Academy is offering a free after-school program for its students interested in learning about technology, and one of its goals is to inspire young girls to go into the tech industry. The club is called ‘Leopards Who Code.’ Initially, the club was designed specifically for girls.

“I wanted to do something after school for the kids. There are not a whole lot of opportunities that our students can participate in outside of school,” said Laura Irish, a Rock Island Academy science and social studies teacher who started ‘Leopards Who Code.’ “If I weren’t teaching, I would probably be doing something with tech, so I thought it would be fun. There is a huge gap between the number of men and the number of women in the tech industry and that’s one of the purposes to close that gap and show them how fun it can be, how interesting it can be, and how much you can learn from it.”

“We can create things, and [Ms. Irish] can teach us more things to craft. You can make a lot of stuff out of it,” said Jacqueline Binwa, a ‘Leopards Who Code’ participant.

Each computer is provided by Rock Island Academy.

“There are not very many students who have computers at home or let alone have access to the internet,” Irish said. “If we can do something here for them after school, even though it is at school, it’s not graded, not being observed, it’s just something fun for them to do.”

For sixth-grader Imani Humphries, it was a no-brainer to join ‘Leopards Who Code.’

“I can learn a lot from it and also that we can make fun things. I kind of wanted to do something like this when I’m older,” Humphries said. “I think it is really nice, just for kids who want to do it and stuff.”

“It’s very fun to see what some of them come up with the lessons and trying to move the things on the screen, adding music to it, adding backgrounds,” Irish said. “They are very creative.”

‘Leopards Who Code’ meets on Mondays from 3 pm to 4 pm. Irish said she would love for the program to expand to other buildings in the district.