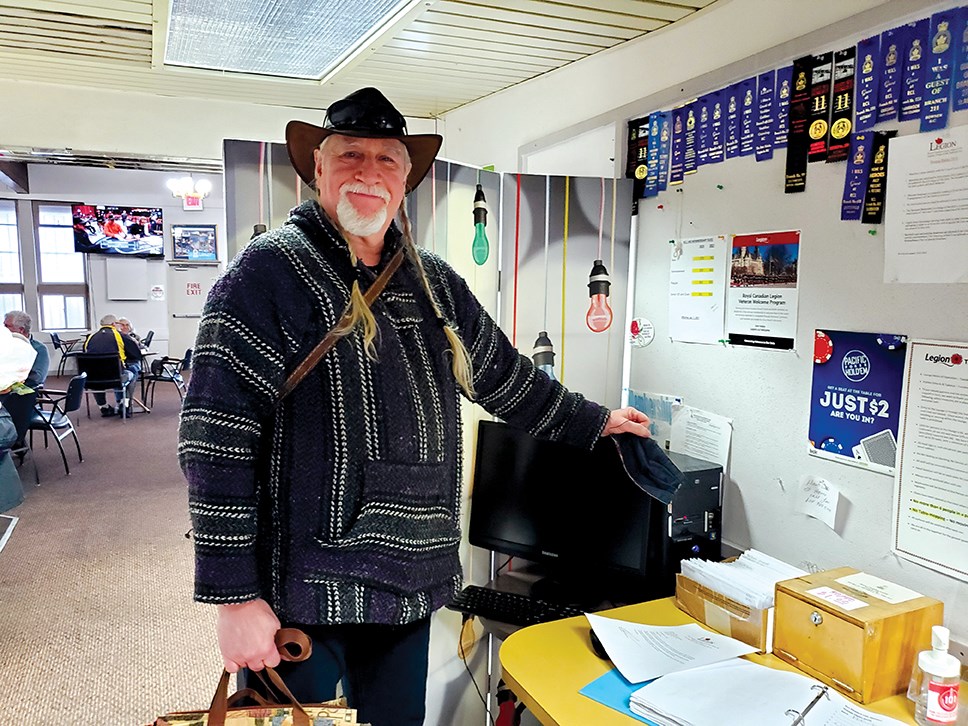 Before Johnny Stork passed away from cancer in the fall of 2021, he made plans to make sure his project to bring computers to people in need would live on.

Sunshine Coast Computer Kindess is a volunteer-run program that refurbishes donated computers and gives them to community members at low-to-no cost. Stork (also known as the Jolly Mystic Dude) launched the program in the fall of 2020 when the pandemic forced events, education, socialization, work and even some medical appointments to become mostly virtual, and highlighted the need for connectivity and reliable technology.

“The simple lack of certain technologies can be a major disadvantage to a person or family. This is where the Sunshine Coast Computer Kindness Program tries to help,” Stork wrote in August 2021.

By the end of 2021, about 20 computers had been distributed through the program, Stork posted online, and another 10 have been given out since the beginning of 2022.

Ian Hunt of Geek in the Creek Computer Services had been casually providing a similar service of repairing computers, and joined Stork’s initiative. Before Stork passed away, he asked Hunt to take over and gave him the rest of his stash of computer equipment.

Since Stork’s passing, Clint Budd has stepped up to lead the administration of Computer Kindness, and Hunt handles the tech work. Several other volunteers help as well.

Now, Budd hopes sharing their initiative with the public will get the word out to those who need a computer but cannot afford one. The Sunshine Coast Resource Centre helps identify and privately coordinate computer recipients, he said. They have a supply of desktop towers, and are also looking for laptops. (The volunteers are also looking for storage options for the computers and equipment.)

“It’s the recycling aspect as well, trying to prevent it from even going to recycling and landfills and ensure that these computers get back into circulation and into the hands of people who need them,” Hunt said.

“I can often revive it with little or no time and investment in parts for machines. I think people often don’t realize that they’re throwing away perfectly good machines.”

Hunt’s long-term vision for Computer Kindness includes turning the program into a non-profit with a physical location for drop offs, volunteer salvaging, rebuilds, repairs and computer assistance – an overall technology resource centre for the Sunshine Coast. It would be similar to the Free Geek model, which started in Portland, Oregon, and has since branched to other locations such as Vancouver. He also hopes to involve enough volunteers so that the program is not solely reliant on one person, and can be sustainable.

“We decided to honour what Johnny started and his legacy around it, and continue calling it Computer Kindness, and making an extension of his program,” Hunt said.

Stork, Hunt said, was a dedicated person. He also started a Facebook group for the Sunshine Coast called Ask a Geek to help people with their technology issues.

“Johnny was very active in offering people advice. He spent, I’m sure, hours a day… giving people helpful advice for computers,” Hunt said. “He was a bit of a pioneer, I think. He was  trying to go back and get his PhD in psychology, he was very concerned with the effects of social media on people’s mental health and well being. So, he was definitely a technology advocate, but one who advocated for it in a healthy and balanced way.

“He was a genius with many passions. He was definitely eccentric in his own right, but very kind.”

In an update on the group’s Facebook page, Stork wrote, “It puts me at ease knowing those on the list for donations will not be left hanging and the program and service will be supported. I am immensely grateful … I am confident that many in the community will still be able to benefit from all the kindness and generosity up for grabs.”

More information and contact for donating, receiving a computer, and volunteering can be found at www.computerkindness.ca.