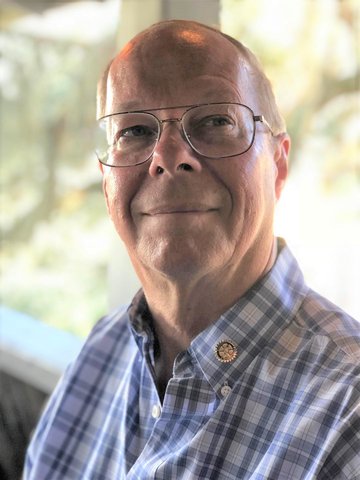 One of the unexpected pleasures of working for my family’s wholesale hardware business was getting to know the many people involved: customers and salesmen, co-workers and vendors, etc. That was a major education in itself.

And nothing I had experienced before then prepared me for that continuing change in perspective.

When I was persuaded to take over my late father’s responsibilities as Treasurer and Credit Manager, when I came home after graduate school, I also inherited his old office, just inside the front door. It had a plain metal desk, an old wooden side chair, and I commandeered an old upright Remington manual typewriter from somewhere to use. I did, however, eventually manage to snag a new Burroughs T2200 calculator.

That was an awesome machine! My fingers learned to fly across its keyboard, and I got very good at running numbers on it. I have since found its cousin, the Sharp model #QS-2760, to be an equal, and have used them for years. (Which was a blessing, as Burroughs Corp. later got out of the business of making calculators.)

I was astonished to receive, as my mom’s high school graduation present, a Sears manual portable typewriter, with carrying case – which in 1969 was a huge deal, as colleges were only then just beginning to require term papers and other items to be turned in in typed form; this was of course way before word processors or computers were invented. So that was a major blessing, and I used it all the way through both years of graduate school, five years later.

I was a self-taught typist, never having had a typing class in high school. (Boys didn’t usually take those, back them; we were too busy with Chemistry and Physics, History and Languages, Math & English, etc.) But I was a quick learner. So the old upright Remington machine I pulled out of storage was not much different from my Sears portable; you just had to hit the keys harder!

Was that like Christmas in July! The IBM Selectric models had a rotating ball, instead of individual letter keys, and it was just amazing! I never figured out how they could design that thing to rotate and spin, and still hit upper and lower case letters in the precise place, let alone numbers and characters.

But it did. It was fast. And it never missed a beat.

It’s the only machine I’ve ever used that could actually keep up with my fingers, after I learned how to type, and allow my fingers to keep up with my brain. Sadly, when I closed the business in late 1983, I allowed the company who bought our inventory and fixed assets to take that machine with them back to NC. I was still too young and green to insist on keeping it for myself, as I should have. Back then, we didn’t have copy machines like we have now, either. Each letter had to be typed using carbon paper, an onionskin copy for the salesman whose customer it was, and a yellow sheet copy for the customer file. I usually made very few mistakes.

But those had to be corrected by erasing the error on the two carbon copies – or re-typing the entire letter!

Word processing machines were such a blessing, when they were invented, later. They eliminated the need for both carbon paper and onion- skin copies, let alone erasers or the intermediate invention of “White-Out,” a liquid brushed onto white letterhead to obscure an error, which could then be typed over, with little notice for the correction.

How times have changed! And in such a relatively short period of time. It’s just amazing. And unless one lived through it, you’d have no idea.

Similarly with our warehouse equipment.

We mostly moved freight around with old oak-and-cast-iron handcarts and “jitneys,” rolling platforms that were effective but not light.

We later got a couple of hand-operated “pallet jacks,” to move goods that begin to arrive on pallets.

Which was a lot easier than to have to unload goods off trucks by hand, put them on the jitneys, and then move them to wherever they went in our warehouse and unload them again.

We also eventually bought a fork-lift. Talk about a revolution in warehousing! But by that time most of our freight came in on pallets, so that made it necessary.

This was all before computers revolutionized everything. Fax machines had not yet been invented, or bar codes, either.

I also well remember when we bought our first mailing machine – which one mail clerk could use to do an entire day’s mailing in about 15 minutes!

Before then, it used to take our entire office clerk staff of 7-8 young women at least 30-45 minutes, to seal all the envelopes by hand, and then calculate the correct postage and put stamps on the envelopes.

Next installment: the many people I learned from.

Rafe Semmes is a graduate of Savannah High and the University of Georgia and lives in Midway with his wonderful wife and some cats.